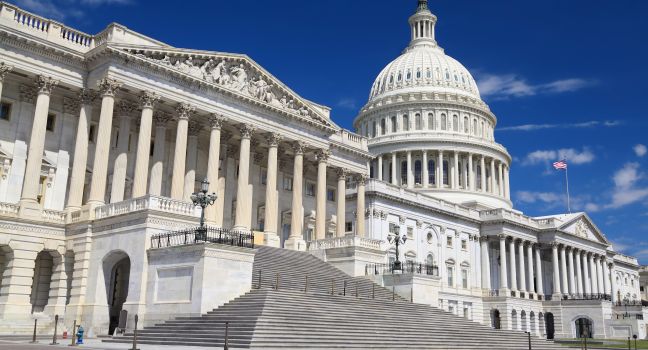 In a letter last Friday to her colleagues, Speaker Pelosi laid out the House priorities for the upcoming work period, leading with the need to pass an omnibus spending bill to fund the federal government and announcing the planned introduction of the House version of the Senate-passed bipartisan China competitiveness bill, the U.S. Innovation and Competition Act. While the letter acknowledges Democrats’ efforts to pass a reconciliation bill, the President’s “Build Back Better” Act has been placed on the back-burner as it awaits further negotiations and remains stalled in the Senate.

ABC previously sent a letter to the Senate on an amendment offered by Sen. John Cornyn, R-Texas, to remove unnecessary Davis-Bacon prevailing wage requirements included in the U.S. Innovation and Competition Act that failed by a vote of 42-58. S. 1260, the United States Innovation and Competition Act of 2021, formerly the Endless Frontier Act passed the Senate last summer in a 68-32 vote.

Last week, in another blow to President Biden’s vaccine mandates, a federal court in Texas issued an injunction against the President’s COVID-19 vaccine mandate for federal workers. Though a significant number the federal workforce has come into compliance, federal offices were just beginning to serve suspensions and potentially firings of those employees who have not complied. Biden issued the order in September 2021 requiring federal employees to get vaccinated by Nov. 22 barring a religious or medical accommodation — or face discipline or firing. The White House said more than 93% of federal employees have received at least one vaccination and 98% have been vaccinated or are seeking a religious or medical exemption.

In his ruling, Judge Jeffrey Brown of the Southern District of Texas, said the case was not about whether individuals should be vaccinated or even about federal power generally, but was “instead about whether the president can, with the stroke of a pen and without the input of Congress, require millions of federal employees to undergo a medical procedure as a condition of their employment,” Brown wrote. “That, under the current state of the law as just recently expressed by the Supreme Court, is a bridge too far.” The Justice Department said it would appeal the ruling.