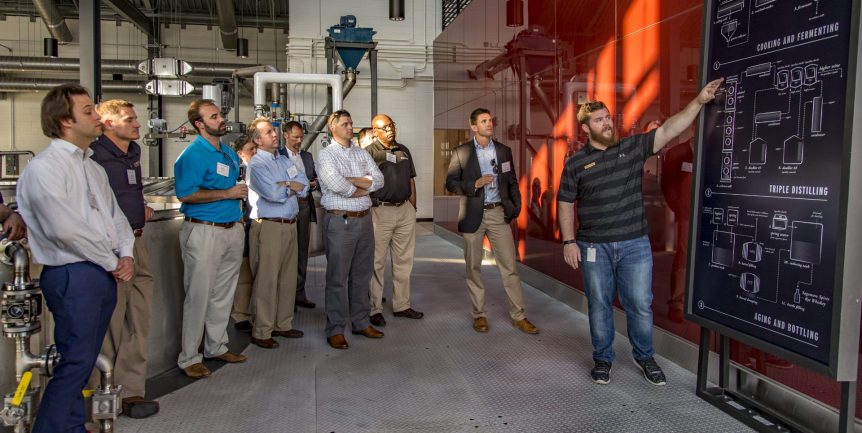 On June 14, at the recently opened Sagamore Spirit Distillery in Port Covington, more than 70 ABC members gathered for a tour, whiskey tastings and were updated on ABC’s political advocacy efforts locally and nationally. The sold-out event, dubbed ‘ABC Insiders,’ included a presentation by ABC lobbyist Sean Malone on the impact of the 2017 General Assembly, as well as a look ahead to the 2018 governor’s race.

Skillforce CEO Rob Cossaboon, ABC’s FEA Champion spoke to the audience about the importance of members supporting the FEA. In addition, Shane Carmadella with Ruppert Landscape talked about ABC’s federal PAC and how critical local member support is to ABC’s nationally legislative agenda.

Thank you to all that attended the event. For photos of the event, visit here.

Want to make a difference locally and Nationally and help ABC advance free enterprise here in Maryland and across the country, contact Ally D’Ovidio to find out how!