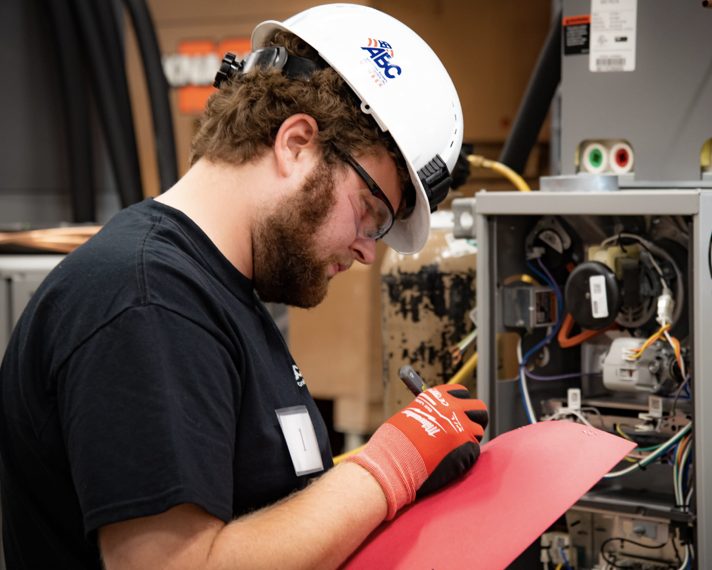 Last fall when ABC started its day-time trade school for post-high school students, there was more than a little apprehension over whether this new initiative would work…

We began that first cohort with 43 students. Within the first month (of a six-month program) more than a third of the students had decided that a career in construction was not for them. We ended up graduating approximately 50 percent of half of that group — not exactly the results we had expected. But for those students who did graduate, we were able to place the majority with specialty contractors.

By the time we started our 2nd cohort this summer, we applied some of the lessons learned — including a more stringent interview process — and had much better results.  This cohort was much smaller, but we graduated 90 percent of the students and each has been placed with an ABC member. “One of the more surprising lessons we learned from that first class,” said ABC’s Chris Hadfield, “is that not everyone wanted to work. When we announced we were bringing in employers to interview the students, a surprising number told us they didn’t want to participate. For the second cohort, we did a much better job of screening students and the results speak for themselves.”

The next cohort, which will have approximately 20 students begins Monday. The first “semester” is a 100-hour program that includes construction math, safety, and hands-on projects in electrical, mechanical, and carpentry trades. For the second semester, the students attend apprenticeship in the evening, but as non-registered students. This changes once they are placed with an ABC member firm.

ABC members interested in finding out more about the trade school can contact Sharon Burley. For those members who get involved early, the opportunity exists to meet and speak with the students and get a jump on interviewing the best candidates.