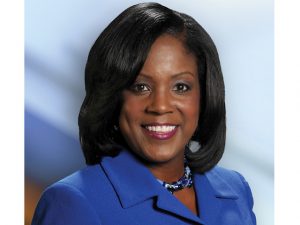 ABC Baltimore is pleased to announce that Kelly Swoope, ABC 2 News Anchor, will be the emcee for the Build Baltimore Gala.

As emcee, Swoope will be leading the crowd at the Renaissance Harborplace Hotel throughout the night and will be assisting NFL great and former Raven Steve Smith, Sr. with the live auction.

Swoope co-anchors the 5, 6 and 11 pm newscasts. Swoope has been a Baltimore resident since 2003 and her commitment to her community is integral in what makes her so well-known in the local media. Her involvement in the non-profits ‘Jack and Jill of America, Inc.’ and ‘Mocha Moms’ mirrors the efforts of Project JumpStart.

To see Kelly Swoope in her element, attend the Build Baltimore Gala in support of Project JumpStart. Visit here to register.